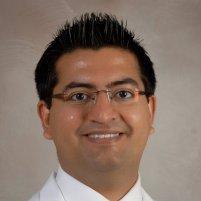 More than 5.8 million Americans have dementia, a group of conditions that affect memory, thinking, and cognitive function. At the Neurology Institute of Huntsville, board-certified and fellowship-trained neurologist Jitesh Kar, MD, has years of experience diagnosing and treating dementia. To make an appointment at the practice in Huntsville, Alabama, call the office or click the online booking feature today.

Dementia isn’t a disease or a disorder. Instead, it refers to a group of symptoms that affect your ability to think clearly, remember things, and perform routine tasks.

There are various types of dementia, but Alzheimer’s disease is the most common. Alzheimer’s is a progressive neurodegenerative condition that causes the cells in the brain to degenerate and ultimately die.

What are the symptoms of dementia?

Symptoms of dementia include:

As dementia progresses and gets worse, you might also have difficulty solving problems or handling complex tasks.

When should I see a neurologist about dementia?

If you or a loved one experiences memory problems, difficulty communicating, or confusion, make an appointment at the Neurology Institute of Huntsville. Some treatable medical conditions present similar symptoms, so it’s important to receive a diagnosis as soon as possible.

What are the types of dementia?

At the Neurology Institute of Huntsville, Dr. Kar diagnosis and treats various types of dementia, including:

Dr. Kar also specializes in the treatment of other disorders linked to dementia, including traumatic brain injuries and Parkinson’s disease.

How is dementia diagnosed?

To diagnose dementia, Dr. Kar reviews your medical history, asks about your symptoms, and conducts a series of cognitive and neuropsychological tests. He also evaluates your memory, judgment, language skills, and reflexes.

Dr. Kar might also order diagnostic imaging, like a computed tomography (CT) scan, magnetic resonance imaging (MRI), or Lumbar Puncture. These procedures can diagnose underlying conditions like a stroke or a tumor.

How is dementia treated?

There’s no cure for dementia, but with early intervention and treatment, it’s possible to relieve symptoms. Depending on the severity of your symptoms, your age, and medical history, Dr. Kar might recommend:

To learn more about the treatment options for dementia, make an appointment at the Neurology Institute of Huntsville by calling the office or clicking the online scheduling tool today.